For many small and medium business website owners, ranking locally is more important than achieving a good ranking in the general SERPs. The majority of searches with transactional intent are local and mobile. You’re losing custom if your business doesn’t appear in a prominent position in the search engine results when a potential customer picks up their smartphone and enters a query that relates to your business.

In this article, I’m going to assume that your site’s search optimization is in good condition: that you understand the value of high-quality content, that the pages of your site are optimized for relevant keywords, and that the site itself is optimized for performance and crawlability. If you’ve got all your ducks in a row, but your site still doesn’t make a good showing in local results, here are three things you can do to improve local visibility.

END_OF_DOCUMENT_TOKEN_TO_BE_REPLACED

Should You Spend 90% Of Your Writing Time On Headlines? 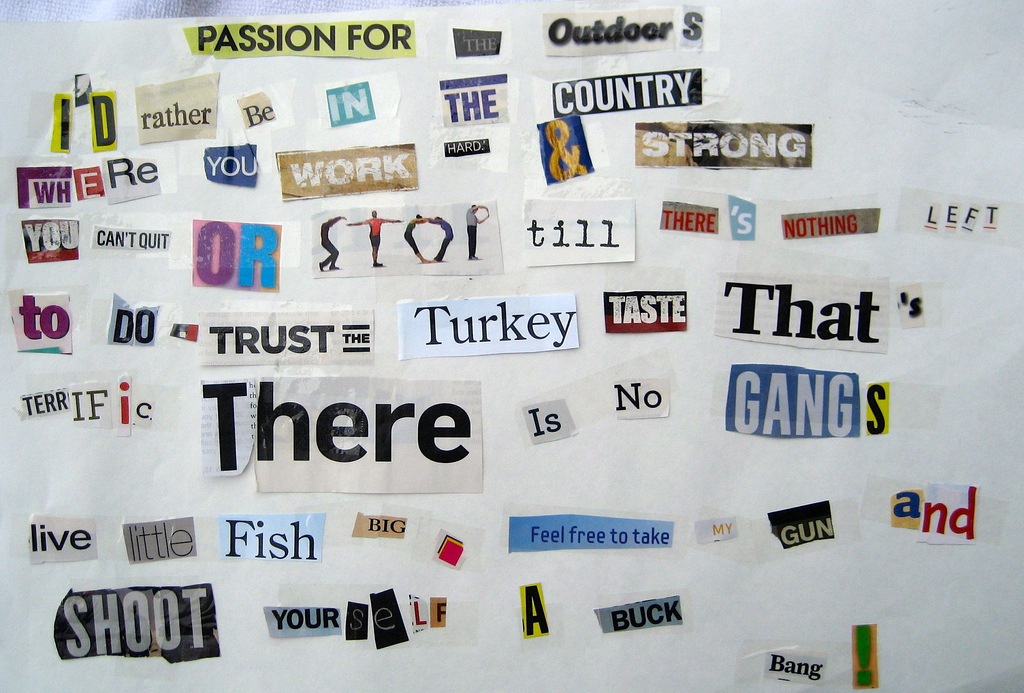 In an interesting article on Hubspot, Nichole Elizabeth DeMeré mines an Inbound.org AMA by Joanna Wiebe, a “conversion copywriter”, for useful advice on writing web content and copy. It’s a great article chock full of useful advice, but there’s one part I take issue with:

“Spend 90% of Your Writing Time on Crafting Strong Headlines”

I hear this little snippet of advice a lot. It’s variously phrased, but the implication is that the headline is way more important than the content that goes below it. I think that’s misguided. Of course, as with most business writing online, we could just dismiss this advice as a hyperbolic statement that really means: “Headlines are important so spend time on them,” but given the quality of lot of online writing, it seems that writers have taken this advice to heart.

END_OF_DOCUMENT_TOKEN_TO_BE_REPLACED

Click-baiting works if your goal is simply to drive traffic, but businesses that don’t survive on page views and advertising impressions should avoid click-baiting if they’re to create the right impression.

As a writer of online content, I pay attention to the tactics that my fellow writers and publishers use to attract traffic. In recent months, I’ve seen an alarming rise in the number of business sites that with click-baiting. The virtues of click-baiting for a certain type of publisher may be debatable, but for businesses that rely on consumer trust, click-baiting can be a big mistake.

END_OF_DOCUMENT_TOKEN_TO_BE_REPLACED

In an announcement that came as something of a surprise to most site owners, Google is now using the SSL-status of a site as a ranking signal. If a site is served over a secure connection and has an associated SSL certificate, it’s likely to be advantaged in the SERPS relative to a site that does not use encrypted connections. I’d like to take a look at what that means, and whether site owners should feel obligated to purchase a certificate if they don’t have one already.

END_OF_DOCUMENT_TOKEN_TO_BE_REPLACED

Is Google Authorship Pointless Without Photos

Never a company to shy away from disappointing users who have invested time and effort into using their services, Google recently announced a modification of the Google Authorship program that will see author images removed from the SERPs.

A few years ago, Google introduced Google Authorship, a semantic markup scheme that allowed users to markup their articles to signal the author of a piece. Those pages were linked with Google+ profiles, from which various bits of information were pulled, including author names and images. The details would then appear beside search engine results as so-called rich snippets.

END_OF_DOCUMENT_TOKEN_TO_BE_REPLACED

What To Look Out For When Hiring An SEO

Hiring search engine optimization professionals can be a challenge, particularly if you don’t know much about SEO. Search engine optimization is half-science and half-art. There are well understood techniques that will help most sites improve their rank, but Google and the other search engine providers keep their algorithms a closely guarded secret. Unfortunately, that secrecy breeds guesswork, speculation, and a tendency to overestimate the effectiveness of particular techniques. SEO is an industry with many dedicated, intelligent, and informed professionals. But it’s also replete with shady characters who will take advantage of naïve webmasters with quick ranking schemes and black hat techniques that will quickly land a site in Google’s bad books. To help you make the right call when choosing a search engine optimization professional, I’m going to highlight a few qualities that you should look for and a few that you should definitely avoid.

END_OF_DOCUMENT_TOKEN_TO_BE_REPLACED

6 Rel Attributes That Web Designers Need To Know About

As everyone knows, the web is made of documents and the links between them. You click on a link and your browser takes you to a new page. But pages on the web can be related to each other in a number of different ways. Rel attributes are how we signal the relationship between web pages in HTML. Technically, rel attributes define the relationship that the linked document has to the referenced document and can be used with <link> and <a> elements.

The most common rel attribute is “stylesheet”, which doesn’t point to an HTML page at all, but identifies one of the CSS stylesheets that determine a page’s appearance. There are several other rel attributes that are used to a greater or lesser extent; they’re all useful in specific circumstances, so web designers should be familiar with them.

END_OF_DOCUMENT_TOKEN_TO_BE_REPLACED

Google wants the web to be faster. A faster web means a better experience for the billions of users that head from its search engine results pages out into the wider web every day. That translates to more page views for web masters and more advertising revenue for them and for Google.

Mod_pagespeed is an Apache module that implements a number of technologies to speed up page-load times. The module performs a series of best practice optimizations by filtering the content of a page, rewriting some of it, and altering how other parts are served, all with the aim of making a page load faster (and appear to load faster).

Mod_pagespeed and its sibling for the Nginx web server, ngx_pagepeed, have been around for several years, seeing incremental improvements to the ways in which they speed up page loads. The most recent version brings new techniques that in some cases can lead to a 2x increase in the speed at which pages render.