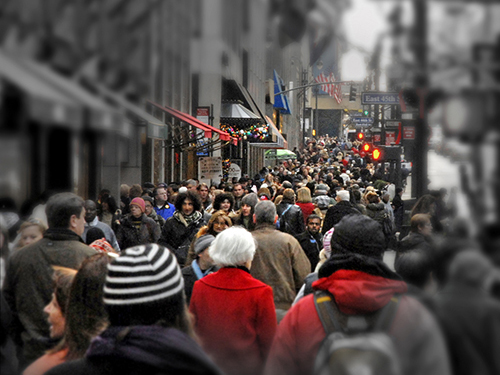 Ever since social media marketing became a thing, its practitioners have cast about for a measurement that reflects the value of what they do. Follower counts (along with shares) seem an obvious candidate.

A follower represents someone who has expressed an interest in a brand and its content. The more people who are interested in what a brand shares, the more chances to convert leads into buyers. Follower counts also have a snowball effect. As an account’s follower or friend count increases, so does the likelihood that content will be shared, which will attract even more followers. And they have a reputational effect; a brand with 100,000 followers is clearly more awesome than a brand with 10,000 followers, and we can look with pity on the businesses with sub-1000 follower counts — clearly they won’t be around for long.

Unfortunately, it doesn’t really work that way. Not all followers are equal.

Followers are only valuable insofar as they have an impact on the bottom line. Getting a follower costs money. If that expense isn’t offset by a direct or indirect benefit — more sales or an increase in engagement — the money is wasted.

It’s difficult to directly measure the benefit of social media marketing in purely social media terms. Follower counts are an easy to measure, highly visible indication of … something. They’re intended to act as a proxy measure for the effectiveness of a marketing technique, but in that they fail. They represent something, but to be worthwhile measure, that something has to correlate with an advantage to the business. Follow counts don’t achieve this goal.

“The only measurable thing any of the large social networks can provide that truly benefits your site is–you guessed it–traffic. So why not focus on the traffic the networks send you, instead? After all, what good is it to get twelve thousand tweets, if absolutely no-one clicks on those shares to visit the source of the goodness currently occupying their feed? I’ll tell you: it’s no good. Like a chocolate fireplace.”

Brands engage in social media marketing for the same reason they engage in any other form of marketing —to fill the purchase funnel. The techniques and the language around social media marketing is different, but the goal is the same. Brands need a measure that better reflects that goal. One such measure is traffic to their site — how much traffic does Twitter, Facebook, or Pinterest generate for the site? How many potential buyers do social networks generate? Of those leads, how many convert and make a purchase?

Follower counts are a proxy measure too often adrift from business goals — focus instead on traffic and other real measures of success.